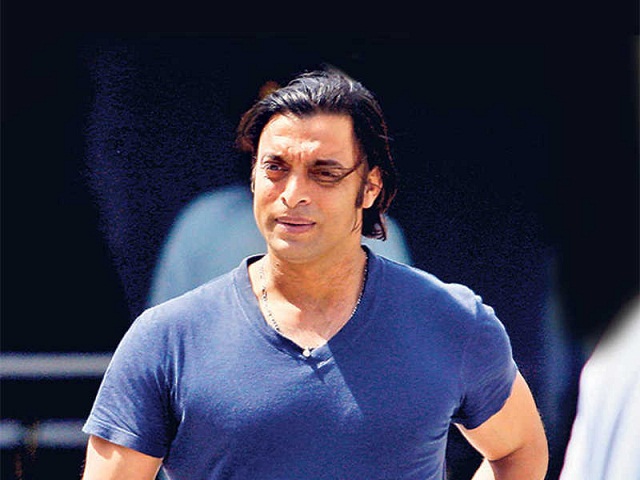 A few days back, the renowned speedster and the living legend of Pakistan cricket Shoaib Akhtar surprised the social media and cricket fans. Shoaib Akhtar tweeted that he is going to make some big announcement and talked about the ‘kids these days challenging his speed’. As Pakistan Super League is just around the corner, his fans and cricket lovers assumed that he was going to make come back in Pakistan Super League. The news got a severe hype among the media outlets and news channels as several of them broadcasted his announcement as the breaking news.

Finally, the suspense came to an end as the secret behind Shoaib’s tweet is now finally revealed. The amazing part is that it is not related to cricket as fans were expecting.

Yes, you heard right, the “league” that he talked about was not any connection with PSL. However, he is going to participate in the Surf Excel’s campaign “Pakistan Stains League”.

Shoaib Akhtar’s comeback or a PR masterstroke by Surf Excel? The detergent brand owns the buzz around PSL!

It was a masterstroke by Surf Excel, which is the leading detergent brand of Pakistan. Surf Excel just smartly outplayed the conversation around the PSL. Shoaib Akhtar will play in the league for sure, but it will be ‘Pakistan Stains League’. ‘Kids’ referred in his tweet being the real kids and not the young cricketers as it was assumed from his message. The “Tezi” he mentioned was also related to Surf Excel’s Fast stain removal credentials.

Shoaib Akhtar and Surf captivate cricket fans all over with an unexpected stunt!

Surf Excel’s take on the PSL with Pakistan Stains League is the smart move to play on the name of the tournament itself. However, the tournament will run parallel to Pakistan Super League and will keep viewers entertained and engaged throughout the whole month. Each week, there will be the new stain challenging Surf Excel.

Pakistan Stains League will be worth watching as Surf Excel did a great job by arranging a competition between Pakistani speed star and kids.

We just cannot wait to enjoy a new sort of “PSL” that will be unfolded in upcoming days.