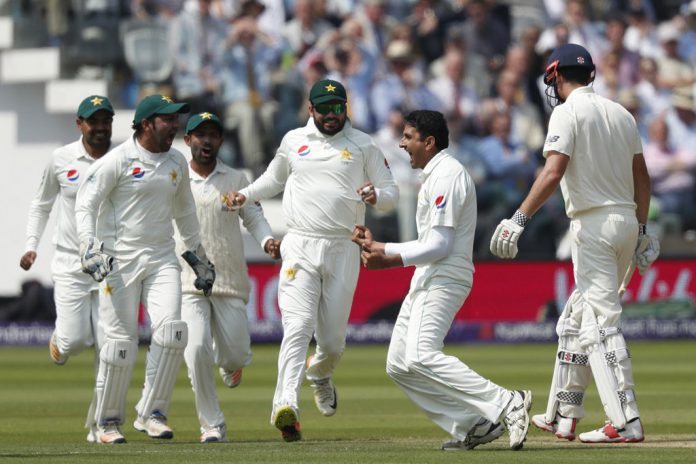 Cricketers from all over the world are applauding Pakistan’s historic victory over England.

The cricket world including several former and current cricketers is praising Pakistan’s performance against England. However, Pakistan beat England by the huge margin of nine wickets at the historic Lords Cricket Ground. Pakistani cricket team consisted of inexperienced and young players. However, Pakistan outclassed the English side in every department. They were exceptional in batting, bowling, and fielding. Pakistan’s win against England make the whole cricket world surprised. Here is the reaction of some cricketers.

Many thanks to all of you for birthday wishes but special thanks to my #TeamPakistan and @SarfarazA_54 for giving me such a wonderful birthday gift by winning #HomeOfCricket test match.Congratulations boys & @TheRealPCB.

Abbas,Amir & Hasan Ali bowling this week is as good as we have seen in the UK for a long long time …. Outstanding … #EngvPak

Indian Player, Mohammad Kaif, congratulated Pakistan on the fabulous win. He said that the Pakistani side was inexperienced and they still outclassed England in all departments.

Congratulations Pakistan on a fabulous win. Most players playing for the first time in England and they have outperformed England in all departments. Very very impressive #EngvsPak