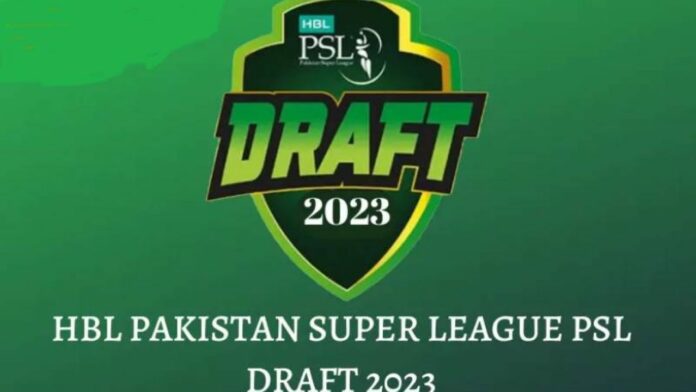 Lahore Qalandars are all set to make their first selection in the HBL PSL 2023 Draft. The pick order was randomly selected through a draw by Pakistan Cricket Board offices on Monday by the six teams.

Quetta Gladiators who won in 2019 and Multan Sultans who won in 2021 will have a second and a third pick. The last two, fourth and fifth pick is for Karachi Kings who won in 2020, and Islamabad United winning in 2016 and 2018. Peshawar Zalmi will make the sixth pick of the HBL PSL 2023 Draft. The 17 rounds will be decided through a specialized tool.

PSL 8 tournament director, Usman Wahla said that the small milestone has been set and picked order for HBL PSL 2023.  The pick order will now help the year’s player draft and the teams will be cleared in terms of the clarity of the most awaited game. Wahla also informed about the player registration open for foreign players. The director also acknowledged the number of responses by players for the HBL PSL.

Furthermore, the Wahla also informed about the upcoming PSL that will have four venues – Karachi, Lahore, Rawalpindi, and Multan. He also desired to pull the PSL event that has a standing. The details of the HBL PSL 2023 Player Draft will be soon out.