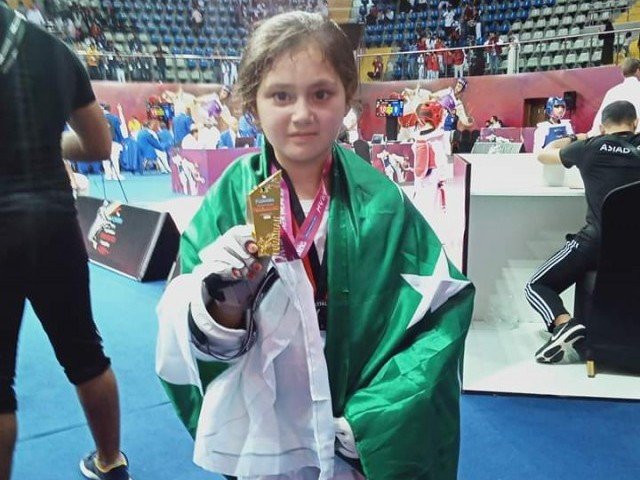 Good news came from Dubai, as during the Dubai Taekwondo championship, the 9 year old Pakistani girl grabbed the gold medal.

In the 34 kg category of Dubai Taekwando Championship, Pakistan’s youngest athlete, Ayesha Ayaz won the gold medal. She’s a student of class four and started taking interest in sports from the age of three.

She was already won championship three times on national level, two times on provincial level and five times at district level. She made her place in UAE championship after noticed in Under-23 games arranged by K-P Directorate of Sports in 2019.

According to her father he is also a taekwondo athlete and run taekwondo academy in his hometown, he further told that Ayesha brother Zaryab earned gold medal in national level championship while younger brother Zaib got silver medal.

Local citizens of Swat are so much happy on Ayesha’s success and called her as an inspiration for other young children.