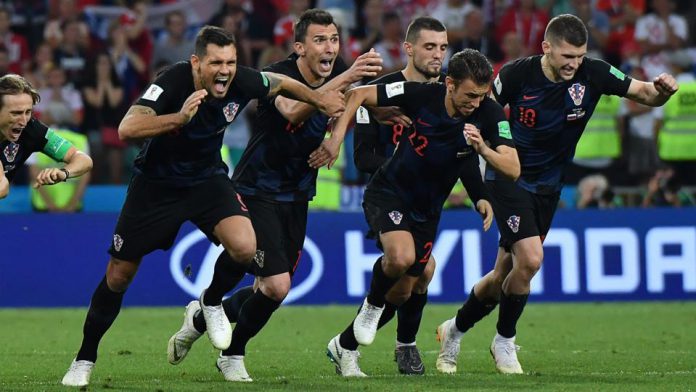 Russia: Croatia made the history as it reached for the first time in the final of FIFA World Cup 2018.

Croatia beat England by 2-1 in FIFA World Cup 2018 semi final. England managed to score the goal at the start of the game. Kieran Trippier did a stunner on free kick. England is also leading at the halftime when the score was 1-0. England kept the lead till 68th minute when Ivan Perisic scored an equalizer for Croatia. The score remained equal till the end of second half. In extra time, Mario Mandzukic scored the crucial goal and Croatia won the game by 2-1.

Croatia will play the FIFA World Cup 2018 final against France on Sunday, July 15. It will be their first world cup final. However, Croatia is currently playing their fifth FIFA World Cup.

Croatia has a population of 4 million and they surpassed the 1998s heroes victory, who played the semi final in France. Players celebrated in front of a large crowd. However, in Zagreb, a huge number of fans also celebrated on squares and streets. They celebrate the victory by singing and waving their national flags.

How the fans in Zagreb celebrated the moment Croatia took the lead. 😣 pic.twitter.com/5X4vwUX06u

The loss will be difficult to digest for England as they led the game for more than an hour. However, their young team made several fans all over the world. England played their third world cup semi final with the young side. However, they played the world cup semi finals of 1966 and 1990 against Portugal and Germany respectively. In addition, they also won the FIFA World Cup 1966.