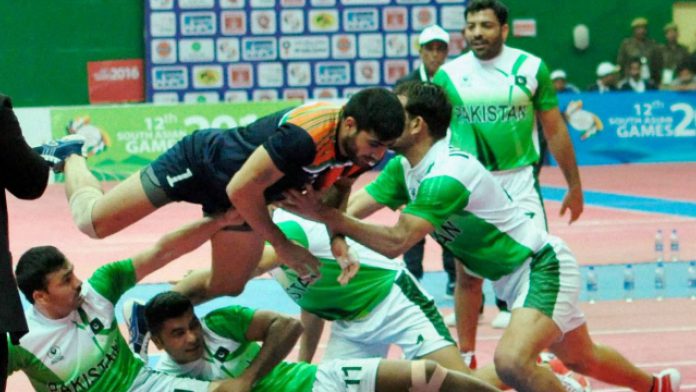 KARACHI: Pakistan will host the inaugural edition of its own Kabbadi League named Super Kabbadi League (SKL). However, it will be played from May 2018.

The Kabaddi, as per authorities, will be played between teams that will be totally franchise based. In addition, teams will represent different cities of Pakistan. However, players will be selected through the player draft.

According to sources, the draft for the inaugural version of SKL will occur in Lahore on 23rd of April. The opening ceremony will be held in Lahore on 1st May. However, the Kabbadi League will be played from 2nd May to 10th May.

Management and officials are expecting players from no less than ten nations to include in the competition with players from Sri Lanka, Iran, Iraq, Kenya, Malaysia, Japan, Bangladesh, and Kenya officially affirmed their cooperation.

No. of Participating Teams in Super Kabbadi League

There will be eight franchise based teams in the league. Teams will represent Lahore, Multan Gujrat, Karachi, Islamabad, Gwadar, Faisalabad and Peshawar in the inaugural edition of Super Kabbadi League.

SKL will be Pakistan’s reply to the Indian Pro Kabaddi League that is conducting successfully in India since 2014.

Both India and Pakistan are one of the leading Kabbadi teams in the world. Pakistan is also the bronze medalist of 2010 and 2014 Asian Games.