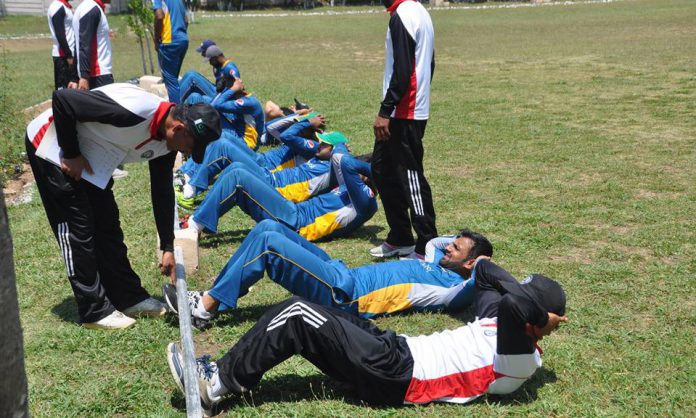 Five Pakistani cricketers failed to clear their fitness test as the team faced Australia for a five-match ODI series in Sharjah.

The Australians whitewashed Pakistani team by 5-0, the sources informed that 5 of the 16 players failed their fitness test

Ali along with Imad Wasim who led Pakistan in the last two matches in the absence of an injured Shoaib Malik are solid contenders for the World Cup squad.

The upcoming cricket world cup would consider the Pakistani team if they will clear the fitness test.

The team also looked lackluster in the field against Australia with fielding coach Grant Bradburn concerned about the team’s effort.

In the fifth ODI, Umar Akmal, Yasir Shah, Imad Wasim, Haris Sohail and Muhammad Hasnain were misfielding in the game.

According to sources, due to the standard of fielding in the Australia series, the Lahore training center will not compromise in the fitness training of the team.