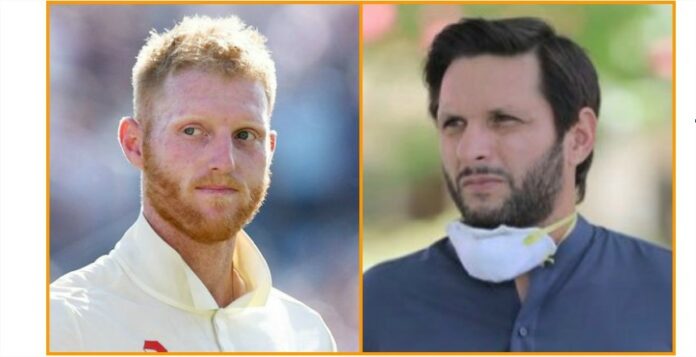 On Monday Ben Stokes mourn the loss faced after the flood in Pakistan. Stoke said that the flood devastation in Pakistan is very sad to see.

“The floods that devastated Pakistan earlier this year was very sad to see and had a significant impact on the country and the people.”

Former captain of the Pakistan cricket team Shahid Khan Afridi gives a warm welcome to England cricket team in Pakistan for their test series. Afridi laud Stoke for his gesture for flood victims. The team is coming back to Pakistan after 17 long years for a test series. In response to this Afridi added on his Twitter handle:

“Warm welcome to @englandcricket on their arrival to Pakistan after 17 long years. Much respect to @benstokes38 for this gesture for flood victims, you are a true ambassador of our sport, May others be inspired through this”

The test series scheduled from 1 December to 21 December. The first test will played at Rawalpindi Cricket Stadium.

Prime Minister of Pakistan went on his Twitter handle and appreciated Stoke’s gesture for the flood victims too.

“We appreciate the kind gesture of England Captain Ben Stokes donating his fees of the entire Test series for flood victims of Pakistan. Empathy for suffering humanity is the greatest of all virtues. His gesture epitomizes the great British tradition of philanthropy”. The Prime Minister of Pakistan Shehbaz Sharif said.