Shajar Abbas, a Pakistan sprinter set a record by qualifying for the final of the 200m race at the Commonwealth Games in Birmingham. Abbas finished third in the semi-final-1 event with a time of 20.89.

The top two players from each of the three semi-final races, as well as the two best timers, had to qualify for the final race. No athlete other than the top two in race-2 could surpass Abbas’s timing.

Shajar qualified for the final of the 200m race on Saturday night by finishing in the top eight. Shajar is the lone Asian competitor in the 200m final. 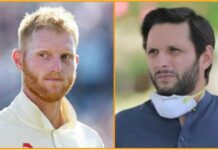