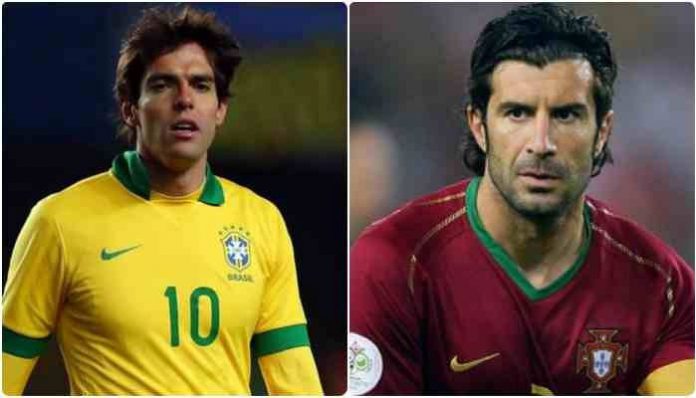 This event is organized with an aim to uplift football in the country and offering a gateway to football talent at grass-root level.

World Soccer Stars event is scheduled to start from 26 April to April 29 with two matches in Karachi and Lahore.

In a Twitter post on Wednesday, Ricardo Kaka said he was looking forward to spending a few days in Pakistan.

Hello Pakistan! I’m on my way. Looking forward to spend a few days with you guys.

Figo shared similar feelings in an earlier message on social media. The former Portuguese footballer tweeted, “It is exciting to see another emerging country in Asia embrace football. I’m certain in a population of 220 million there must be huge potential waiting to emerge into the international scene.”

Naya Saal Mubarak to all my fans in #Pakistan. Let’s make it the most memorable year ever @kaka @wssofficial2019 @touchskygroup #UnitedForFootball #Karachi #Lahore pic.twitter.com/20Z5tD3WKv

The World Soccer Stars is being organised by TouchSky Group.

Football Stars Arriving in Pakistan will be helpful in portraying the softer image of the country in the world.