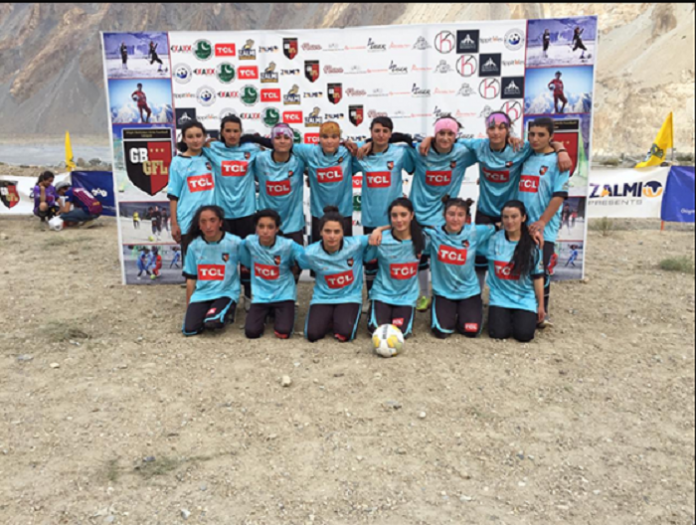 With the league happening in full swing, the competition is getting intense with each passing day. It seems that Shimshal has made their way into the semi-final spots as they won their group matches quite comprehensively. More than 120 girls across 8 teams are competing to win the final prize.

In the 1st match, Karina Zia from Khyber scored one goal making Khyber win 1-0 against Hunza. In the 2nd match, Shimshal comprehensively won against Khyber by 3-0. Sahifa, Irum & Shaisa scored 1 goal each. In the 3rd match, it was a draw between Passu & Shishkat. In the 4th match, Chipursan won 2-0 against Gircha. Maliha & Nabeelal scored 1 goal each. Finally, in the last match of the day, Shimshal won 1-0 against Hunza as Sania scored a goal.