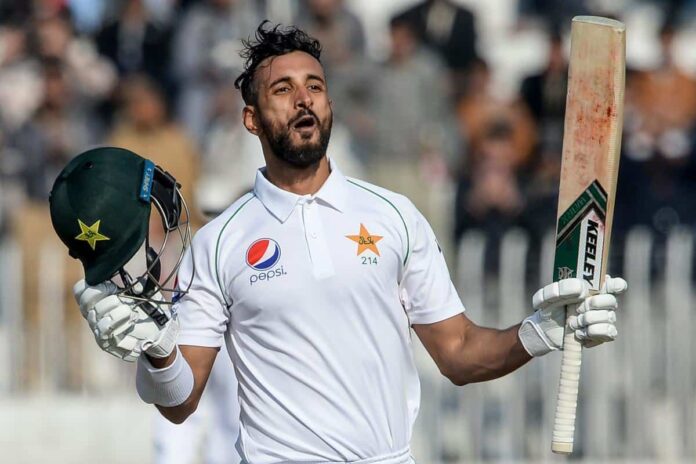 Wedding bells are ringing for Pakistan cricket team’s top-order batsman Shan Masood as he announces his wedding date. It is reported that, Shan Masood is getting married next year in January 2023. As per reports, Shan Masood will tie the knot with Peshawar-born Meeshay Khan.

The left-handed batsman is 33 years old. He was born in October 1989 in Kuwait. Shan Masood is the son of the famous banker Mansoor Masood Khan. His uncle Waqar Masood Khan was the federal finance minister of Pakistan. Masood’s elder sister is no more in this world. While his brother is a barrister. He is the second of three siblings. Masood recently gain immense praise for his performance in ICC T20 Worldcup.

Earlier, Shan announced to get married in January 2023 to his fiancé Meeshay Khan in Peshawar. Meeshay is also from Peshawar. As news of Shan Masood married started speculating, fans shared heartfelt congratulations for the couple. Some crazy fans showed their love by sharing memes on social media.

The top-order batsman signed a two-year contract with Country Cricket Club. He will be seen performing at the Yorkshire country cricket club as a lead 2023.