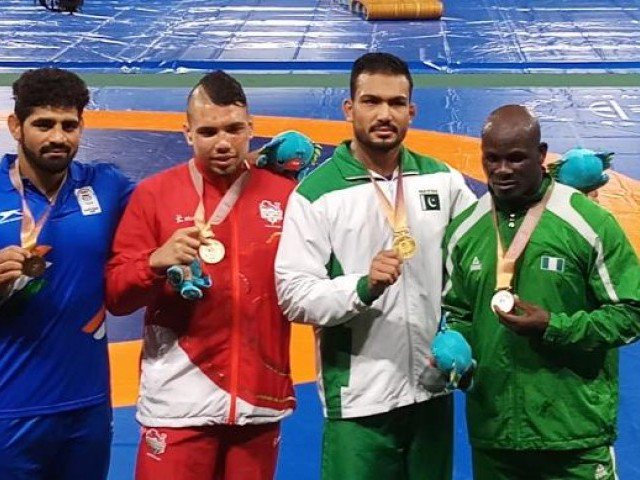 A message from ISPR has been released where Army Chief General Qamar Javed Bajwa honored Wrestler Inam Butt on this win and raising the flag of Pakistan high.

Wrestler Inam Butt won first gold medal for Pakistan in the 86 kg freestyle wrestling on Saturday. He glorious win brought him loads of love and respect from all over the country.

Wrestler Inam Butt’s gold win moved Pakistan from a modest 31st position to 22nd in the rankings in just few hours. Before that, Pakistan had only had four bronze medals in their tally.