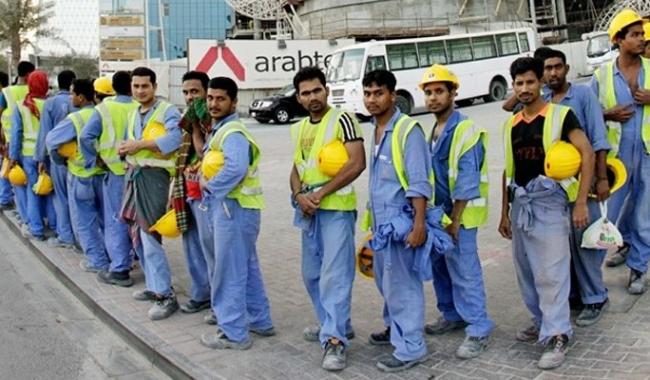 Around 650 factory workers who were living in Saudi Arabia, were among 10,000 or so Pakistani workers that got cut off from work after the Arabian companies shut down. These 650 Pakistanis are currently fighting to receive their unpaid salaries labor court, before they finally return back home.

As many as 10,356 Pakistani workers were left jobless when a large number of companies shut down for various reasons. The Senate Committee on Overseas Pakistanis and Human Resource Development were informed about the issue on Tuesday.

While 6,100 have already returned back to Pakistan, 3,520 others were transferred to other employer companies in Saudi Arabia.

Over 10,000 Pakistani workers were rendered jobless after companies closed down in Saudi Arabia for different reasons.

The court committee met for a briefing session to talk about the status of the 650 Pakistanis who are still stuck in Saudi Arabia, unpaid.

The Ministry of Overseas Pakistanis Secretary, Mohammad Asif, also informed the committee that one of the companies – Saudi Oger – owed more than 127 million in Saudi riyals to the Pakistani workers who previously worked for them. However, the civil court proceedings will take time and Pakistani officials continue to pursue the matter. The mission has already requested the Saudi authorities for early court decision and release of salaries to the workers.

“The matter was part of the agenda items discussed during high level meetings between Pakistan and Saudi Arabia,” said Special Assistant to Prime Minister Zulfiqar Bukhari.

The committee also took up other pressing matters regarding illegal possession of properties of Pakistanis who are working abroad.

Hilalur Rehman, chairman of the committee, highlighted the fact that the overseas Pakistanis were not safe at the hands of the land mafias.

Mr Asif said the office received 5,437 complaints relating to illegal possession and property disputes and 3,900 are already settled. Only 1,409 cases are left under process in departments concerned.

Zulfiqar Bukhari admitted that lack of facilities to assist overseas Pakistanis to resolve land disputes were not a lot.