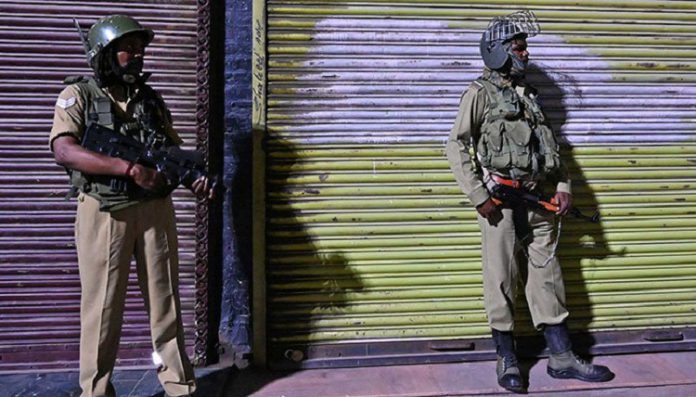 According to reports, the Indian government introduced the resolution to terminate the Article 370 that gives special status to the Indian Occupied Kashmir (IoK).

Article 370 is going to end as the Indian government decided to revoke the Kashmir’s special status. However, tensions are already mounted in the region with huge number of Indian troops are now deployed in the region.

Amit Shah, the Indian Home Minister, revealed in Rajya Sabha that they decided to revoke Article 370 of the Constitution that will end the Indian Occupied Kashmir’s special status and make it a Union Territory with legislature.

On the other side, Iok will be bifurcated into 2 Union Territories. One will be Ladakh that will be without a legislature. However, the second one will be Jammu and Kashmir that will have a legislature. In the last 10 days, the spate of developments in Indian Occupied Kashmir triggered panic and fear among leaders and residents, with India confirming the deployment of 10,000 troops.