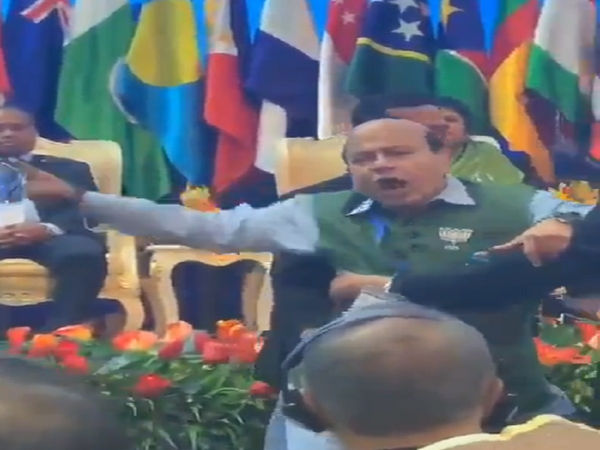 There is another embarrassing situation for India as the Indian leader is removed from the Asia Pacific Summit on Tuesday (yesterday).

Indian leader Vijay Jolly who belongs from BJP or Bharatiya Janata Party, was removed by security officials when he tried to interrupt. However, Vijay Jolly showed his anger towards National Assembly Deputy Speaker Qasim Suri when he (Qasim) was delivering the speech in the Asia Pacific Summit. Mr Qasim Suri did not lose his cool and continued his speed while Vijay Jolly was escorted off the hall.

This is not a first instance when any Indian leader face embarrassment as a few days back, another BJP leader SP Sinha advocates about raping Kashmiri women.