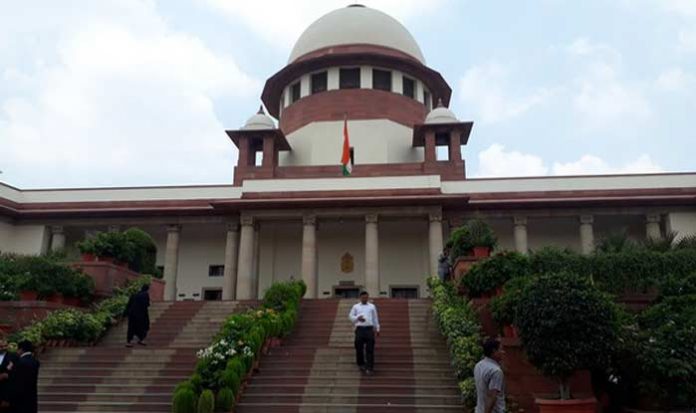 According to Indian media reports, the Supreme Court referred the Babri Masjid dispute case for mediation and said the process will be held in Faizabad.

The apex court had on Wednesday reserved its order on the issue of referring the Ram Janmabhoomi-Babri Masjid title dispute case to the court-monitored mediation.

One of the lawyers during Wednesday’s hearing had opposed the mediation process saying that even if the parties agreed to resolve the matter amicably, the public would not agree to a compromise, to which Justice SA Bobde said that mediation didn’t mean necessarily compromise by one party and a win for the other.

Moreover, the court directed both parties to maintain utmost confidentiality during the process of mediation, which will be held in-camera.

There ought not to be any reporting in print or electronic of the mediation process, the court further said.

On Wednesday the Indian Supreme Court had reserved its judgment in the case after hearing both sides on the proposal to try out mediation as an alternative to litigation to settle the decades-old dispute.

What is the dispute?

The Ayodhya dispute is about a plot of land measuring 2.77 acres in the city of Ayodhya in Uttar Pradesh, which houses the Babri mosque and Ram Janmabhoomi.

This particular piece of land is considered sacred among Hindus as it is believed to be the birthplace of Lord Ram.

Muslims argue that the land houses the Babri mosque, where they had offered prayers for years before the dispute.

The dispute arises over whether the mosque was built on top of the Ram temple.

In 2010, the Allahabad High Court had said that there should be a partition of the Ayodhya land between the two parties.

The SC has asked Swamy to consult the parties and mention the matter on or before 31 March.

The apex court had, however, suspended the ruling in 2011 after the Hindu and Muslim groups had appealed against the verdict.