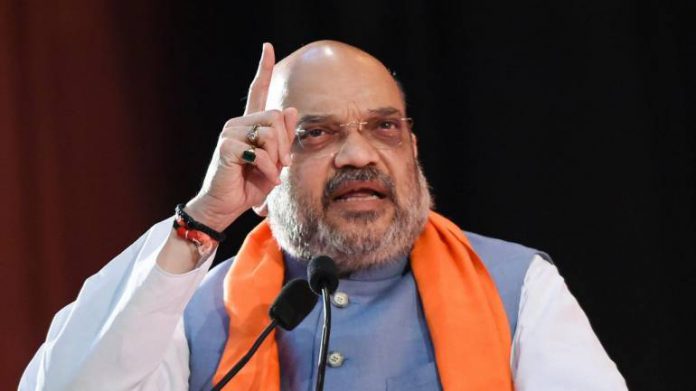 Bharatiya Janata Party (BJP) President Amit Shah took his invective against illegal Muslim immigrants to a new level this week as the general election kicked off, promising to throw them into the Bay of Bengal.

Bharatiya Janata Party (BJP) President Amit Shah referred to such illegal immigrants as “termites”, a description he also used last September, when he drew condemnation from rights groups. The US State Department also noted the remark in its annual human rights report.

“Infiltrators are like termites in the soil of Bengal,” Shah said on Thursday at a rally in West Bengal, as voting in India’s 39-day general election started.

“A Bharatiya Janata Party government will pick up infiltrators one by one and throw them into the Bay of Bengal,” he said, referring to illegal immigrants from neighbouring Muslim-majority Bangladesh.

Shah nevertheless reiterated the BJP’s stance on giving citizenship to Hindus, Buddhists, Jains and Sikhs from Bangladesh and Pakistan.

India is already working on deporting an estimated 40,000 Rohingya Muslims living in the country after fleeing Buddhist-majority Myanmar. New Delhi considers them a security threat.

The comments from Shah, the right-hand man of Modi, drew criticism from the main opposition Congress party as well as minority groups. On Twitter, some users likened his speech to a suggestion of ethnic cleansing.

“The statement is a direct attack on the identity and integrity of the nation as a secular state,” the Kerala Christian Forum, a group from the southern state, said in a statement. It demanded an apology from Shah.

Moreover, A BJP spokesman declined to comment on the speech.

“The political business model of the BJP is to raise the communal temperature, keep it at a boil, and to keep India in a permanent religious divide,” Jha said.