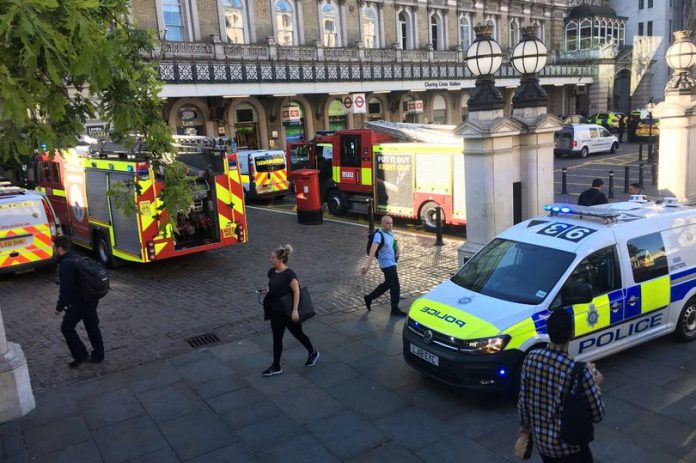 London: British Police revealed that they arrested a man at London rail station who was claiming that he had a bomb.

British Police arrested the suspect at London Charing Cross Station. However, he claimed that he had a bomb. According to British Police officials, they have arrested the man as soon as he claimed about the bomb possession. They also revealed that they are working to reopen the London Charing Cross Station as earlier as possible.

The latest footage circulating on social media revealed that several police officers including armed officers are handling the issue. However, Britain is now facing second highest threat level of severe. It means that there is a high chance of attack from militants.