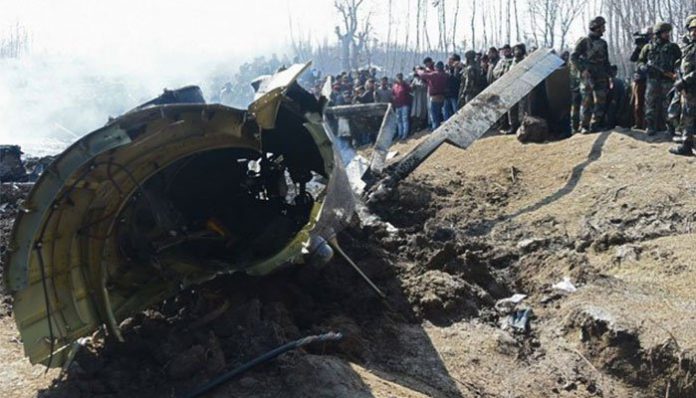 According to sources, Budgam helicopter crash was happened due to the missile fired by Indian forces.

The cause of Budgam helicopter crash is now revealed. Some reports claimed that the Indian helicopter Mi-17 was destroyed due to the own missile firing by Indian forces.

IAF or the Indian Air Force continues to be hit by controversies as an investigation has revealed a link between an air defence missile launch by Indian forces and the crash of the Mi-17 helicopter at Budgam in Indian-occupied Kashmir (IoK) that killed seven including six IAF personnel and a civilian on the ground.

“The final moments preceding the crash, including if the IFF (Identity, Friend or Foe) systems were switched on or not, are being carefully looked at to determine what went wrong,”.

Citing highly placed sources, the report said that the IAF brass had asserted it would not shy away from initiating court-martial proceedings against personnel found responsible in the inquiry for the missile launch.

The focus of the investigation, is to determine “if multiple layers of safeguards meant to protect assets from friendly fire failed and how systems need to be improved to prevent any such incident in the future”.

According to sources, the missile, believed to be of Israeli origin, was activated following an air defence alert over the occupied territory and the presence of Pakistan Air Force jets along the border.

On February 27, PAF shot down two Indian aircrafts inside Pakistani airspace. One of the aircraft fell inside AJ&K while other fell inside IOK. Pakistan also captured the Indian pilot but later released him as a gesture of peace.

A day before, Indian aircraft invaded the Line of Control but forced to return after the timely response by Pakistan Air Force.

Earlier in February, Pulwama attack resulted in the death of 44 Indian soldiers. Since, India is blaming Pakistan for the terrorist attack.