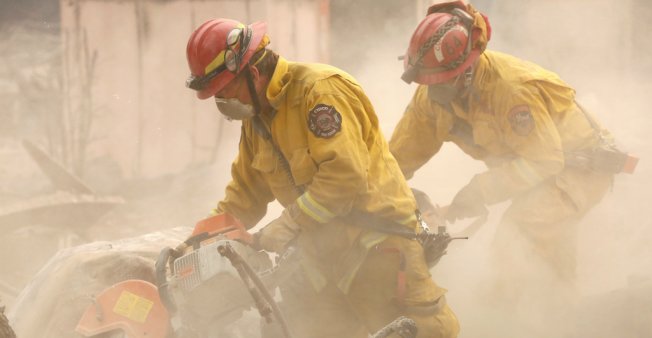 California Fire: Search Continues for Victims as the Number of Missing People Rises

On Friday, efforts to recover victims of the California fire is currently being done by recovery workers along with cadaver dogs. According to reports, more than 600 people have been reported missing in what is recorded to be the deadliest wildfire in California’s history.

So far, remains of 63 people have been recovered around the Sierra foothills hamlet of Paradise, where around 27,000 people used to live. That is before the town was caught in the deadly flames of the camp fire on November 8.

Apart from the missing human lives, the state has witnessed severe property damage.

With more than 12,000 homes and buildings in ruins, residents have been forced to take shelter in their vehicles, while others to their friends or family.

Meanwhile, search teams have checked through charred, rubble of burned properties for bodies or anything which carries human DNA to identify the victims.

Public schools in Sacramento have canceled classes for Friday due to the smoke.