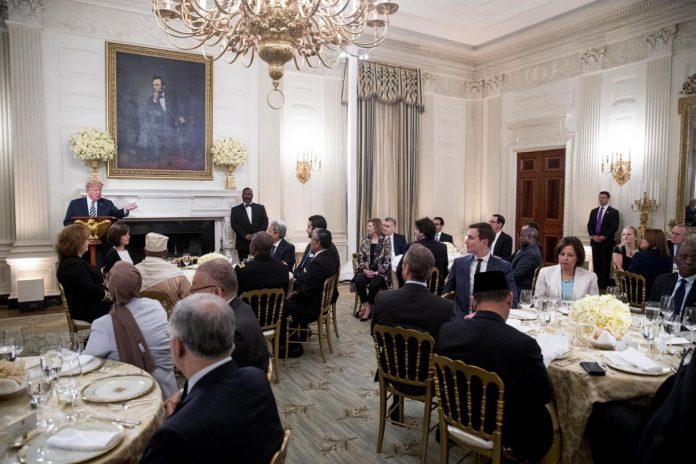 There were around 50 guests at the event. President Donald Trump sat with Jordanian Ambassador Dina Kawar and Saudi Ambassador Prince Khalid Ben Salman at the head table. Ambassadors from different countries including Jordan, Tunisia, Saudi Arabia, Bahrain, Algeria, UAE, Egypt, Iraq, Qatar, Libya, and Morocco were invited. Iftar dinner has been a regular event on the White House’s calendar. Passover Seders, prayer breakfasts, and other events also held in the White House.

President Donald Trump has a bad image among Muslims due to his harsh policies and statements against Muslims. Whereas, he is facing intense criticism for shifting the US Embassy to Jerusalem and the end of nuclear deal with Iran.