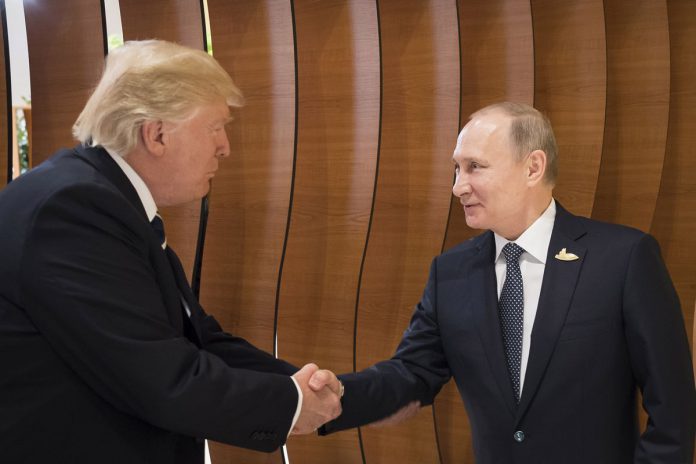 US President Donald Trump expressed desire to meet his Russian counterpart Vladimir Putin when the two visit Paris on November 11 for World War I commemorations.

“I think President Trump will look forward to seeing you in Paris on the sidelines of the celebration of the 100th anniversary of the Armistice,” John Bolton told Vladimir Putin in televised remarks as the two met for talks in Moscow.

Russian President Vladimir Putin said: “It would be useful to continue a direct dialogue with the president of the United States… for example in Paris, if the American side is interested.

“It is possible and necessary to find points of convergence,” Putin said, adding that trade between the two countries had actually grown despite sanctions.

Both significant global leaders will be in Paris for the November 11 World War I commemorations. The event is expected to be attended by 60 heads of state and government.

Donald Trump and Vladimir Putin held their first bilateral summit in Helsinki in July, after which the US President came under strong criticism at home for adopting a very conciliatory tone with his Russian counterpart.

“It was for me a meeting that was useful and sometimes quite tough. But finally it was constructive,” said Putin of the Helsinki meeting.

“Honestly speaking, we are sometimes surprised to see that the United States sometimes takes absolutely unjustified measures against Russia which we can´t call friendly,” he said.

“We hardly strike back… but this continues again and again.”

His visit comes after Trump announced that the United States would pull out of the Cold War-era Intermediate-Range Nuclear Forces Treaty (INF) signed by president Ronald Reagan and Mikhail Gorbachev, the last Soviet leader.