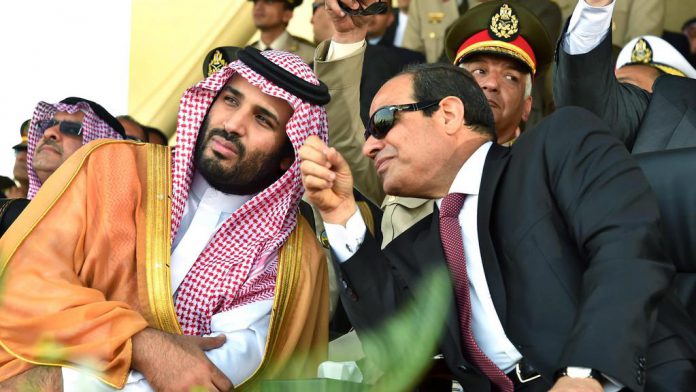 Egypt says it stands in support with Saudi Arabia against foreign meddling in its internal affairs.

CAIRO: Egypt said on Tuesday it supported Saudi Arabia in its political row with Canada, and stood in “solidarity” with the Gulf Arab kingdom against foreign interference in its domestic affairs.

Cairo’s foreign ministry said on its Facebook page that it was “concerned by the crisis between Saudi Arabia and Canada, which is a result of the negative tendency by some international … sides of meddling in the internal affairs of countries in the region.” It did not elaborate further.

Saudi Arabia on Sunday announced it had suspended new trade and investment with Canada, gave the Canadian ambassador 24 hours to leave the country and recalled its own ambassador to Canada after the Canadian foreign ministry urged Riyadh to release arrested civil rights activists.

On Monday, Saudi Arabian Airlines announced it would be suspending flights to and from Toronto amid the kingdom’s diplomatic row with Canada.

The Saudi move came two days after Canada issued a statement criticizing the arrest of Samar Badawi, the sister of jailed blogger Raif Badawi. Samar Badawi is the sister-in-law of Raif Badawi’s wife Ensaf Haidar, who lives in Canada and recently became a Canadian citizen.

Raif Badawi is serving a 10-year sentence after being convicted of insulting Islam and breaking Saudi Arabia’s technology laws with his liberal blog. He also was sentenced to 1,000 lashes, spread over 20 installments, and fined $266,000.

Saudi Arabia’s supreme court in 2015 upheld the sentence against Badawi, who ran a website called Free Saudi Liberals and has been in custody since 2012.