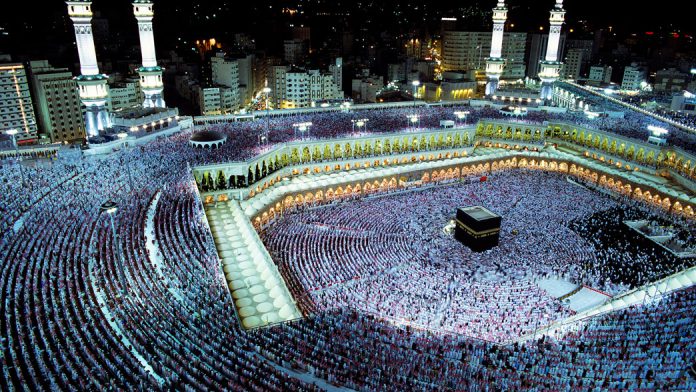 Hajj 2018 is in progress as millions of Muslims are performing their religious ritual today.

Hajj 2018 live updates are here so you can remain updated about the latest development at Mecca. Up till, more than two million Muslims reached Mount Arafat to listen the sermon.

You can see the Hajj 2018 live updates and coverage here:

Hajj is among one of the five pillars of Islam. It is the annual pilgrimage that held at Mecca, Saudi Arabia. Muslims also do sacrifice of animals during 10 to 12 Zil-Hajj. However, they do it in the remembrance of Prophet Ibrahim and Prophet Ismail.

The travelers will perform Zuhr and Asr supplications consolidated, and invest energy in Arafat with petitions for acknowledgment of their journey and recitation of Quranic stanzas until dusk. After dusk, they will make a beeline for Muzdalifah, where they will remain until midnight, occupied with petitions subsequent to performing Maghreb and Isha supplications joined.

The custom of evolving Ghilaf-e-Kaaba was likewise held early Monday morning. The new Ghilaf has been set up at a cost of 200,000 Riyal. It includes 670kg unadulterated silk, 120kg gold and 100kg silver. Imam Masjid-ul-Haram Dr Abd ur Rahman Assudais and Governor Makkah Khalid Faisal participated in the ceremony.

A huge number of security staff have been deployed for Hajj 2018 security, which was struck by its most exceedingly terrible ever fiasco three years prior when around 2,300 admirers were squashed to death in a rush. This year, the Saudis have propelled a “Smart Hajj” activity, with applications to assist explorers including venture wants to medicinal care.