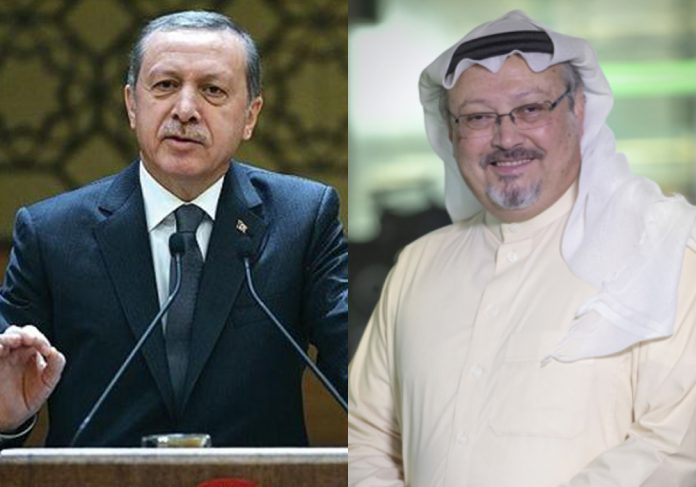 Turkish President Tayyip Erdogan elaborated in detail for the first time how the Jamal Khashoggi political murder was planned and carried out by a team of 15 Saudis on Tuesday.

Journalist Jamal Khashoggi, a Washington Post contributor living in the United States since 2017, was killed on October 2 after visiting the Saudi consulate in Istanbul for paperwork ahead of his marriage to his Turkish fiancee.

Here is, according to President Tayyip Erdogan, how the murder plot unfolded leading up to and including the day of the murder.

Jamal Khashoggi goes to the Saudi consulate for marriage-related paperwork. After this visit, the plan for Jamal Khashoggi’s murder is put into action. Some consulate employees urgently return to Saudi Arabia for “preparatory work”.

A three-man Saudi team arrive in Istanbul on a scheduled plane and go to their hotel after which they go to the Saudi consulate.

On the same day, another team of Saudi officials from the consulate carry out a reconnaissance of Belgrade Forest in Istanbul and the northwestern province of Yalova.

A second three-man team arrive on another scheduled plane in Istanbul and go to their hotel. The third team of nine men including generals arrive in Istanbul on a private plane on the same day and go to a different hotel.

The 15 men arrive at the Saudi consulate in Istanbul separately. They then destroy the consulate’s camera system’s hard disc, Tayyip Erdogan says.

Jamal Khashoggi receives a telephone call confirming his appointment to finalize the marriage paperwork that day.

Jamal Khashoggi enters the consulate, arriving at the building with his fiancee, Hatice Cengiz who waits outside. He is never heard from by his friends or family again.

Cengiz contacts Turkish officials to say that Khashoggi has been held or “something bad” has happened to him. A Turkish investigation is opened into the case.

At this point, based on security camera footage, Turkish officials believe that Khashoggi has not left the building.

Six of the 15 Saudis leave Turkey on a private plane. The team of 15 includes security and intelligence officers as well as forensic experts.

Seven more of the Saudis leave Turkey on another private plane.

One of the men, attempting to look like Khashoggi, and another individual leave on a scheduled plane for Riyadh.