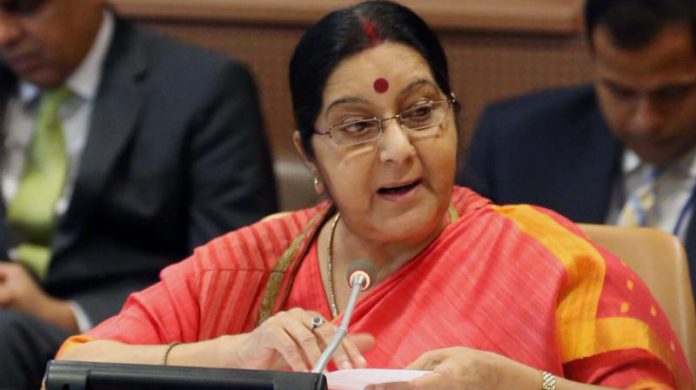 The Indian external affairs minister said terrorism is a threat to the whole world and requires a mechanism led by the United Nations to combat it.

She said, We need a global strategy, global cooperation to counter-terrorism. I am happy to tell you today we discussed the establishment of UN-led global counter-terrorism mechanism and finalising CCIT (Comprehensive Convention on International Terrorism) proposed by India to implement it.

Talking about RICs stand against terror, Wang said it was especially important to eradicate the breeding grounds of terrorism.

China’s Appreciation for both countries:

Soon after, he came out in support of Pakistans counter-terrorism efforts. China, Russia, and India have reaffirmed our strong opposition to terrorism in its various forms and manifestations. At the same time, we believe that Pakistan has always been opposed to terrorism, Wang said.

On recent developments between India and Pakistan, China appreciates the statements by Indian and Pakistani friends saying that they would exercise restraint and avoid escalation of the situation, he added.

As a mutual friend to both India and Pakistan, we do hope that they can conduct a dialogue to establish facts through investigations to keep things under control and maintain peace and stability in the region. In this process, China is playing a constructive role not the opposite, he added.

The joint communique released at the end of the RIC also talked about tackling terrorism.

The statements from the leaders and the communique come a day after India allegedly carried out strike at terror camps near Line of Control (LoC) at Balakot.

As far as Pulwama is concerned, I had raised this issue in the bilateral meeting with Mr Wang Yi and also at RIC (Russia-India-China) forum, Swaraj said adding that the three countries agreed to cooperate to counter terrorism.

She, however, said that given the threat posed by terrorism, a strategy by three countries  India, Russia and China, would not be enough to meet the challenge. You heard the address by Mr Wang Yi (Chinese foreign minister), he said  We will cooperate to eradicate breeding ground of terrorism and extremism -,

she said, Its not just a joint strategy but also our commitmentTerrorism is a threat to humanity, so strategy by the three countries is not enough.

Swaraj was making her opening remarks during the 16th Russia, India and China (RIC) foreign ministers forum being held in Wuzhen, a picturesque water town in eastern Chinas Zhejiang province.

India does not wish to see a further escalation of the situation and India will continue to act with responsibility and restraint, she said.

Swaraj earlier told her Chinese counterpart Wang Yi that the worst attack on its soldiers in Kashmirs Pulwama district earlier this month.

The attack was carried by JeM, the Pakistan-based and supported terrorist organisation, Swaraj claimed on Wednesday.

Meanwhile, Indian foreign secretary accepted that one Indian MiG-21 was shot down and its pilot Wing Commander Abhi Anand is missing.