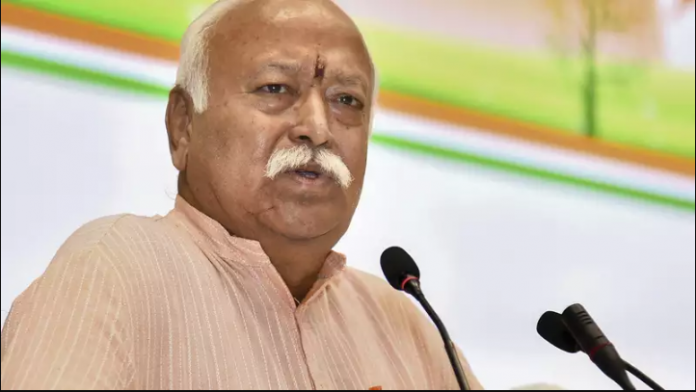 A huge claim has been arisen regarding the Indian Muslims by the extremist group in India.

Regarding Indian Muslims, the Rashtriya Swayamsevak Singh group or RSS chief claimed that the the Indian Muslims are the happiest in all over the world, while addressing from a meeting of supporters on Saturday.

Further, why it is said? “Because India had facing serious tensions in Indian occupied Kashmir, millions of Indian Muslims had faced widespread torture and massive abusive attacks on Muslims across the India”, said by RSS chief.

“Whenever any country or nation has deviated from the right path, India always help them and gave them a place to live like when Jews were become homeless at that time India was the only place who protect them and gave them shelter”, he further narrated.

Lastly, he also claimed that, “Parsis religion is also freely followed by the people only in India. Hindu is not only a religion, a language or a country but it is itself a culture and welcome or respect other cultures”.