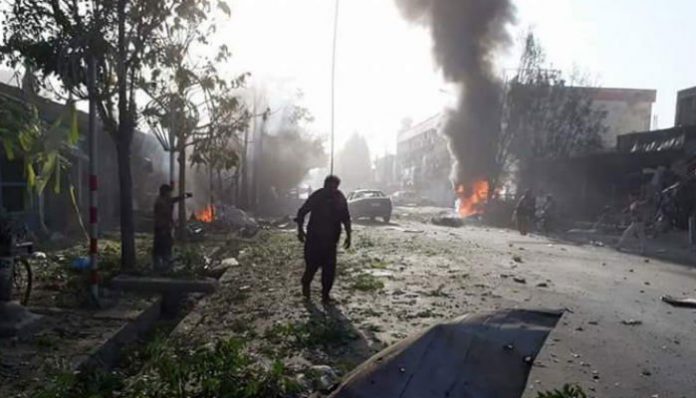 According to reports, the death toll of Kabul blast is increasing as further causalities are reported.

Up till 16 deaths are reported after the Kabul blast and around 119 people are wounded. According to Nasrat Rahimi, the Afghan Interior Ministry spokesman, the blast was occurred due to the tractor filled with explosives. However, the explosion took place at a time when the US forces are set to pull troops from 5 Afghan bases under the deal with Afghan Taliban.

Zalmay Khalilzad, the US Envoy who is leading talks, has spent about the year regarding the negotiations with Taliban. He earlier revealed that the draw-down will occur within about the time span of 4 months after the final approval.

Zalmay Khalilzad elaborated to the media that they will leave five bases within 135 days in which they are present now.