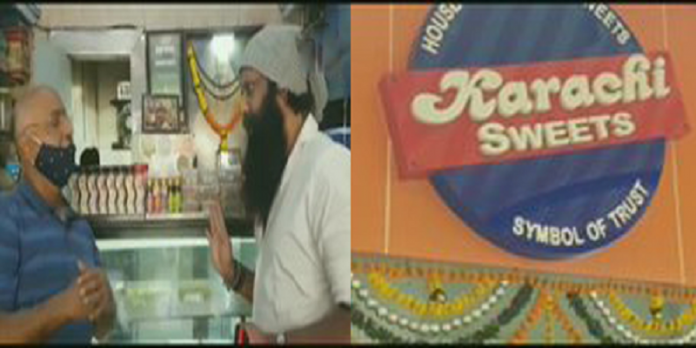 A video went viral over the social media in which Shiv Sena leader threatened Karachi Sweets to remove “Karachi” from their name.

Nitin Nandgaokar, the Indian right wing party’s leader, asked the proprietor of the shop named “Karachi Sweets” to change its name. In the video, he can be seen saying the shop’s owner that he “hates the name Karachi”.

“I hate Karachi’s name. The Pakistani city is the hub of terrorists. You can mention your ancestors in the banner, I pay respect to them. You came from Pakistan but now this is your home. You will have to change the name. We’ll assist you with the business. I’ll give you time, change shop’s name to something in the Marathi language.” Nitin Nandgaokar says to man in a video.

As per the Indian news agency, the shop has covered the name banner with a newspaper after the Shiv Sena leader’s visit. The extremist leader was bashed on social media for giving threats to the shop owner. Several Indians also asked the government to take action against him.