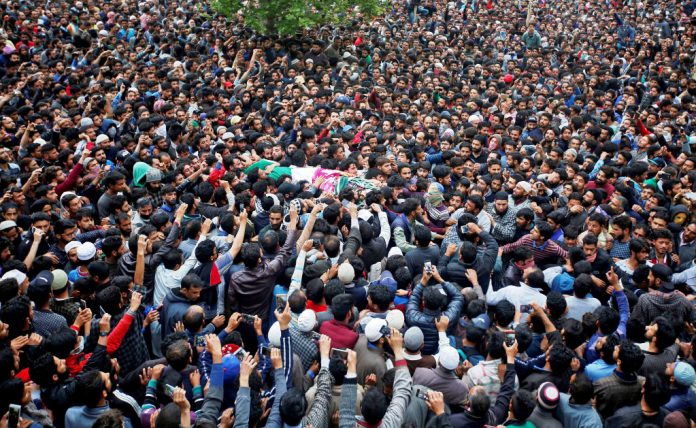 During the recent wave of Kashmir violence, Indian forces martyred 5 Kashmiris in Killora village, Shopian district today. Yesterday, Indian army along with police launched the joint operation in the district.

The cordon and search operation during Kashmir violence resulted in the death of several citizens including at least 2 youngsters. However, in last 3 days at least 9 Kashmiris were martyred by Indian troops.

In June, United Nations accused India for  having utilized over the top power in possessed Kashmir to saint and twisted regular citizens since 2016, as it required a worldwide investigation into the allegations of rights infringement. The UN report on  human rights in IoK centers primarily around genuine infringement in the locale from July 2016 to April 2018.

Activists appraise that up to 145 regular folks were martyred by security powers and up to 20 regular citizens martyred by outfitted gatherings in a similar period, it said. The report stated that, in reacting to shows that began in 2016, Indian security powers utilized unreasonable power that prompted unlawful killings and a high number of wounds.