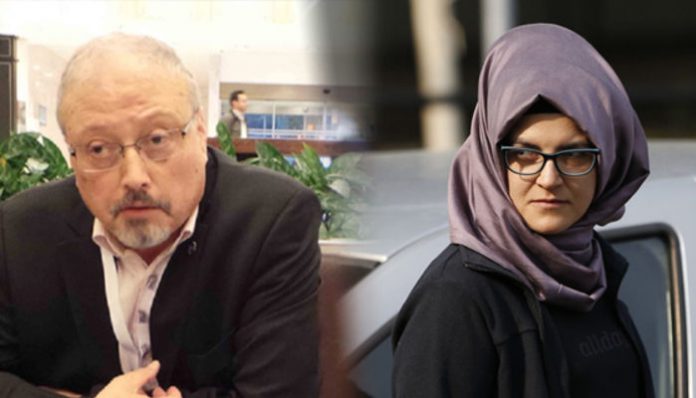 The fiancee of Jamal Khashoggi, Hatice Cengiz, has expressed her disappointment at US President Donald Trump over his “laid-back” response her late fiancee’s murder. She asked him on media to not let Riyadh get away with covering up a murder.

Hatice Cengiz on late Monday said while addressing a memorial event, “I am extremely disappointed by the stance of the leadership of many countries, particularly in the US.”

“President Trump should help reveal the truth and ensure justice be served. He should not allow my fiance’s murder to be covered up,” she said in Turkish.

According to sources, Cengiz claims that the Saudi royal knows where Khashoggi’s body is, and has called the “evil criminals and their cowardly political masters” to be brought to justice.

Jamal Khashoggi was a Saudi journalist who went into self-imposed exile to the United States, after he had an argument with the Kingdom’s Crown Prince, Mohammad Bin Salman.

On October 2, Khashoggi was murdered after he entered the Saudi consulate in Turkey to obtain paperwork for his upcoming marriage.

The US and other western countries have expressed outrage after his killing, and have demanded Riyadh to give answers. However, Trump has advised not to halt the Saudi deal, saying it would harm US jobs.

Cengiz expressed that Khashoggi´s death had “left a void in (her) heart and soul”, and added, “If only I knew what would happen, I would have entered the consulate myself.

“If only I knew that would be the last time I would see my Jamal, his smile, hear his laughter, I would have stood in front of that murderous team myself.”

Attorney General Sheikh Saud al-Mojeb, the head of the Saudi investigation, acknowledged last week that the killing was “premeditated”, based on Turkish evidence.