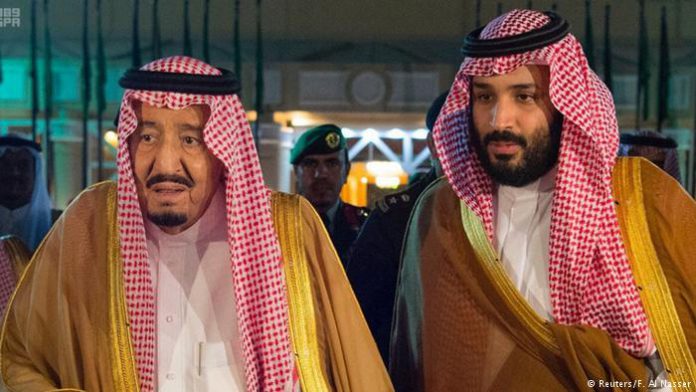 On Tuesday, Saudi King Salman, along with his son Crown Prince Mohammad Bin Salman, begun a domestic tour while the country receives outrage from International residents over the murder of journalist Jamal Khashoggi.

The two royalty joined in the central province of Qassim, and started a tour of “several regions” around the kingdom of Saudi Arabia.

Sources stated that the king was scheduled to visit the northern region of Hail in his first tour since claiming the throne in 2015.

Once he reaches Qassim, the king is set to launch health, education, and infrastructure projects, along with him personally checking on “the conditions of citizens and get acquainted with their needs”.

Although it is not confirmed if Prince Mohammed will be accompanying him throughout the entire tour, as the country still faces outrage from Western countries for Khashoggi’s murder in the Saudi consulate located in Istanbul on October 2.

After Saudi officials insisted that Khashoggi had already left the Saudi consulate unharmed, the country’s authorities later admitted he was murdered when a heated argument took place.

The news of the murder has ruined the global image of 33-year-old Crown Prince Mohammed, even though the Kingdom has denied such claims.

Post-Khashoggi crisis, Saudi royalty has been taking care of the Kingdom’s family and government officials. Last month, King Salman ordered resumption of annual bonus payments to all government workers since the start of the year. The bonus salaries have been suspended under austerity measures in 2016 with low oil prices.