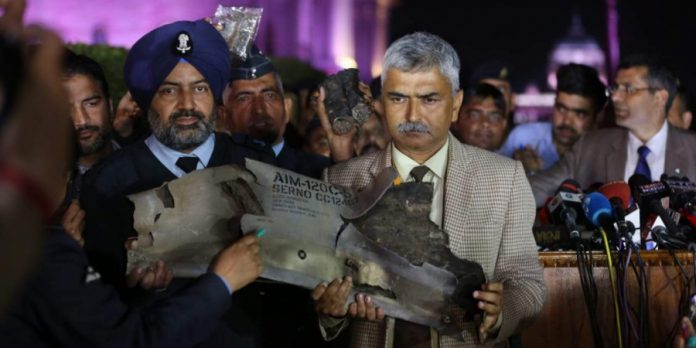 The Indian officials failed to provide any evidence related to the attack inside Pakistan and questions related to PAF response.

Indian officials just failed to provide answers to different questions. When they came for press conference, journalists asked them questions about the number of deaths in Balakot and proof about use of F-16 by Pakistan.

They claimed that Indian attack was successful, however, failed to tell the journalists about casualties, if any.

Regarding the claims of the use of F-16 jets by Pakistan, the officials said it was established through radar signature matching and parts of a missile found from Rajauri, Indian-occupied Kashmir (IoK). However, they did not reveal that how they find out that the missile was fired from F-16.

Indian officials also went on to say that the wreckage of the downed jet in Azad Kashmir shown by Pakistani media was not of the Indian aircraft.

When asked about whether they considered the release of captured Indian pilot by Pakistan a positive move, Indian officials said that they were happy with the announcement, but failed to appreciate Pakistan’s “peace gesture”, possibly fearing a backlash.