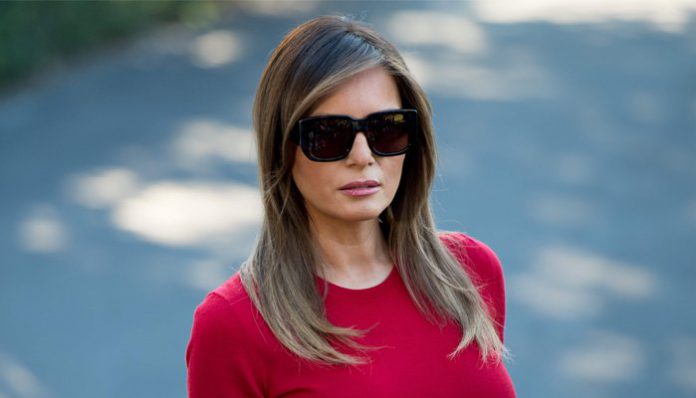 The Plane With Melania Trump Turns Back After a Smoke Incident

On Wednesday, according to some journalists, a plane which was carrying the US First Lady Melania Trump, was forced to turn back, after the cabin crew detected smoke coming in the cabin.

She was coming from Washington and going to Philadelphia when “a minor mechanical issue” was detected, according to her spokesperson Stephanie Grisham.

“Everything is fine and everyone is safe,” Grisham said.

According to some reporters who were on board as well, they noticed smoke coming in the cabin and were advised to hold wet towels over their faces if things got worse.

However, the aircraft returned without further incident.

Melania was initially on her way to visit a hospital in Philadelphia which specializes in the treatment of mothers with opoid use disorders, and babies born with addictions to drugs as they were exposed to the substances while still in the womb of the drug-addicted mothers.

Soon after returning to Washington, she took another plane as a replacement to the event, which is part of her “Be Best” campaign that is focused on the well-being of children.

“There are few things harder than seeing a newborn suffering,” the first lady said.