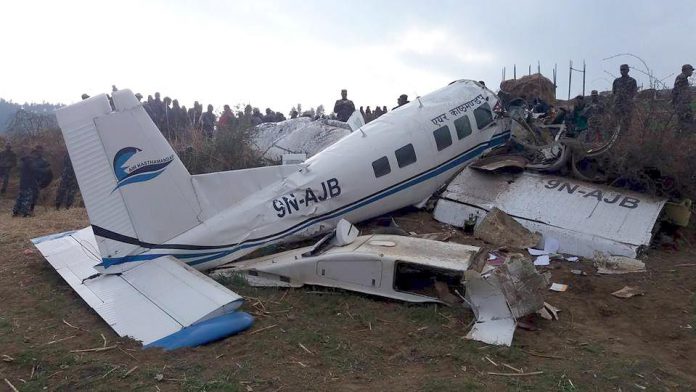 KATHMANDU: A cargo plane crash in the Himalayan state of Nepal has claimed two lives.

The cargo plane had crashed into a mountain at an altitude of 3,900 metres, close to its destination near the district of Humla. The air-control had lost contact with the plane moments after the take off.

The bodies of the pilot and co-pilot were found at the wreckage which was scattered on the hillside. The bodies seem to have been recovered from within the crash site.

The authorities owed this incident of the cargo plane crash to bad weather saying it might have made the plane miss the route, causing it to crash into the hillside.

Nepal does not have a proper road line structure, thus the mountainous communities rely on air passage for supplies. However; Nepal’s air safety is said to be hugely lacking, which is blamed on the poor maintenance and management. Nepali airlines are not allowed to fly in European Union airspace because of the same safety concerns.

Earlier on in March, 51 people had died becoming victims to a crash at Kathmandu. The Bangladesh passenger plane had crashed at Kathmandu airport, claiming lives of 51 passengers.