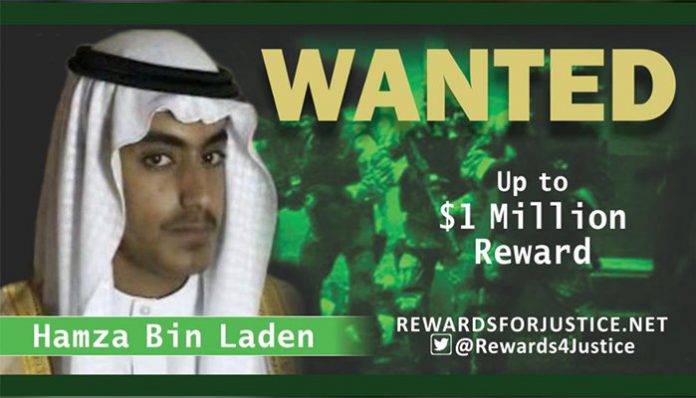 Osama bin Laden son citizenship is stripped by Saudi Arabia, as the news is revealed by the interior ministry. They published the statement in the official gazette to strip Hamza bin Laden from the citizenship.

Earlier, USA announced to offer $1 million reward on the provision of information related to Hamza bin Laden. The State Department revealed that Hamza is emerging as the new leader in the Al-Qaeda franchise after the death of his father Osama bin Laden.

The State Department said that Osama bin Laden son threatened attacks against USA to take revenge of his father’s death. In 2011, Osama was died during the operation by US Special Forces in Abbottabad.

In 2015, Hamza bin Laden released an audio message urging militants in Syria to unite, claiming that the fight in the war-torn country paves the way to “liberating Palestine”. In 2016, following in the footsteps of his father, he urged the overthrow of the leadership in their native Saudi Arabia in his message.