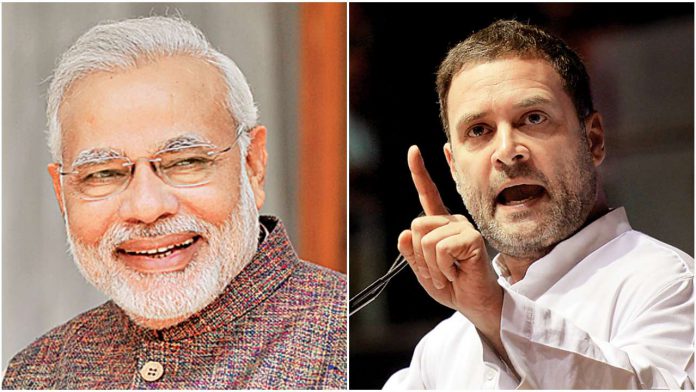 Oxford Dictionaries was dragged into Indias bitter election on Thursday as it rubbished a claim that Modilie referring to Prime Minister Narendra Modi is a recognised word.

Rahul Gandhi, Modis main challenger in the election, tweeted what he said was a screenshot of an online dictionary entry for the word combining the words Modi and lie.

Theres a new word in the English Dictionary. Attached is a snapshot of the entry :slightly_smiling_face: the scion of Indias Nehru-Gandhi political dynasty wrote in a post forwarded almost 10,000 times.

Modilie is a new word thats become popular worldwide. Now theres even a website that catalogues the best Modilies! https://t.co/Ct04DlRsj3

The image used a similar font, layout and logo to Oxford Dictionaries website, but did not use the word Oxford.

Theres a new word in the English Dictionary. Attached is a snapshot of the entry :) pic.twitter.com/xdBdEUL48r

We can confirm that the image showing the entry Modilie is fake and does not exist in any of our Oxford Dictionaries, it said.

Theres a new word in the English Dictionary. Attached is a snapshot of the entry :) pic.twitter.com/xdBdEUL48r

Indias mammoth election, which ends on Sunday with results due four days later, has been awash with rumours and fake news disseminated on social media.

In an ugly campaign strewn with personal insults, Gandhi has accused Modi of lying repeatedly. Modis party is expected to remain the biggest after the election but with a reduced number of seats.

Gandhi, 48, also tweeted a link to a website calledwww.modilies.inthat he said catalogues the best Modilies!