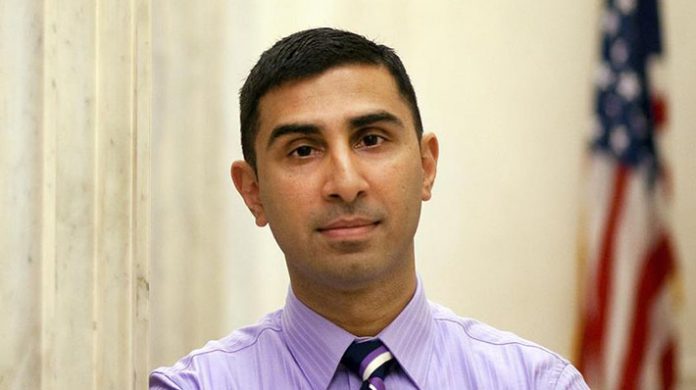 Pakistani-American civil rights activist Faiz Shakir has been appointed by US Senator Bernie Sanders as his campaign manager.

This makes Faiz Shakir as the first Pakistani American to manage the US presidential campaign.

Faiz Shakir was born to Pakistani immigrant parents and he was a member of the American Civil Liberties Union (ACLU).

It is an iconic civil rights group that has led the challenge against US president Donald Trump on multiple issues especially immigration.

Faiz Shakir was a senior adviser to then-Senate Majority Leader Harry Reid and also advised Nancy Pelosi who was Trump’s most formidable opponent, before joining ACLU.

Faiz Shakir shot to prominence as an editor of ThinkProgress, the news arm associated with though editorially independent of the powerhouse Democratic think-tank Center for American Progress.

Bernie Sanders announced that launching a second bid for the White House after a surprisingly strong run for the Democratic nomination in 2016.