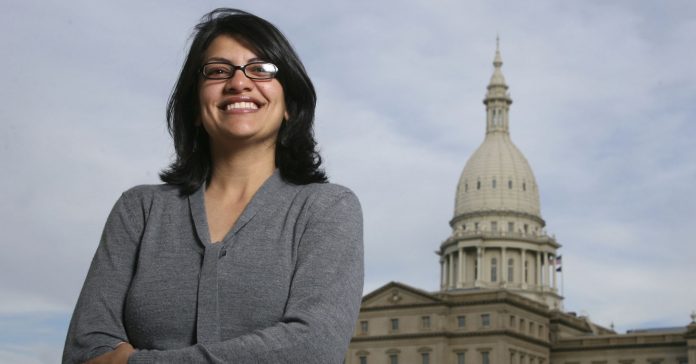 BEIT UR AL-FAUQA: Rashida Tlaib, a mother of two and daughter of Palestinian immigrants once detained for disrupting a Donald Trump speech, made history on Wednesday, poised to become the first Muslim woman in US Congress.

The 42-year-old former social worker won a Democratic primary in Detroit safe seat. With no Republican or third-party candidates, she is positioned to enter the House of Representatives after November midterm elections.

“Thank you so much for making this unbelievable moment possible. I am at a loss for words,” she tweeted.

Thank you so much for making this unbelievable moment possible. I am at a loss for words. I cannot wait to serve you in Congress.

“I cannot wait to serve you in Congress.”

She would also be the first Palestinian-American woman elected to the House. Representative Andre Carson, elected in 2008 and from Indiana, is the only other Muslim currently in Congress.

Tlaib is one of the scores of Muslims and hundreds of women running in record numbers in elections up and down the country this year, most of them part of a groundswell of Democratic opposition to the Republican president.