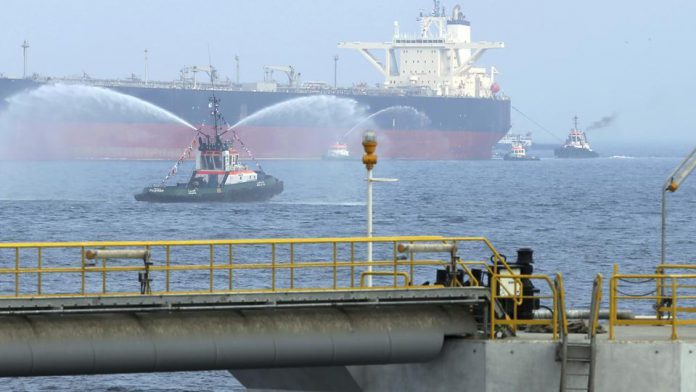 The sabotage attack resulted in the damage of 2 Saudi oil tankers off the United Arab Emirates coast. According to sources, 2 Saudi oil tankers were subjected to a sabotage attack in the exclusive economic zone of the UAE, off the coast of the Emirate of Fujairah, while on their way to cross into the Arabian Gulf. UAE revealed that 4 commercial vessels of various nationalities had been targeted by acts of sabotage off Fujairah.

The incident comes amid rising tensions between Iran and the United States which has strengthened its military presence in the region, including deploying a number of strategic B-52 bombers in response to alleged threats from Iran.

It also comes as US Secretary of State Mike Pompeo is headed to Brussels to discuss Iran with French, British and German officials.

According to sources, the sabotage did not result in any casualties or an oil spill but “it caused significant damage to the structures of the two vessels.