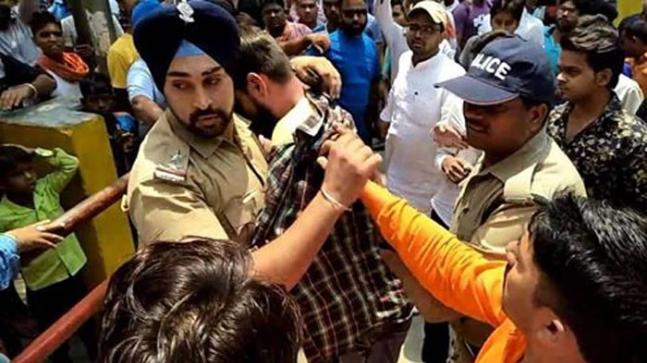 Uttarakhand: A Sikh Cop’s video went viral on the social media. However, he saved the Muslim boy from the aggressive Hindu Mob present at the temple in Ramnagar.

When Gagandeep refused to provide the boy to the Hindu crowd, they started shouting anti-police slogans. However, when the girl asked the Hindu crowd that why they were beating the boy, they replied that she is a Hindu and they will also beat her as she was roaming with a Muslim. Here is the video of the whole incident.

India: a courageous Sikh police officer saves a Muslim man from being lynched by Hindutva mob in Dehradun city.

Posted by Mohammad Shadaab Khan on Thursday, May 24, 2018