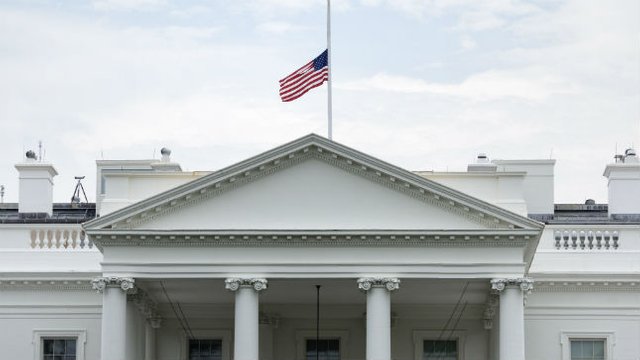 WASHINGTON: U.S. President Donald Trump, under political pressure for offering only a half-hearted tribute for the late Senator John McCain, said on Monday he respected his service to the nation and ordered U.S. flags to be flown at half-staff in his honor.

“Despite our differences on policy and politics, I respect Senator John McCain’s service to our country and, in his honor, have signed a proclamation to fly the flag of the United States at half-staff until the day of his interment,” Trump said in a statement.

The White House flag was lowered after McCain’s death on Saturday — but it was once again at the top of the flagpole on Monday morning.

Trump’s initial silence about McCain underscored the isolation of the US leader and fuelled criticism that he is incapable of bringing a divided nation together even as it mourns a man widely seen as an American hero and a political icon.