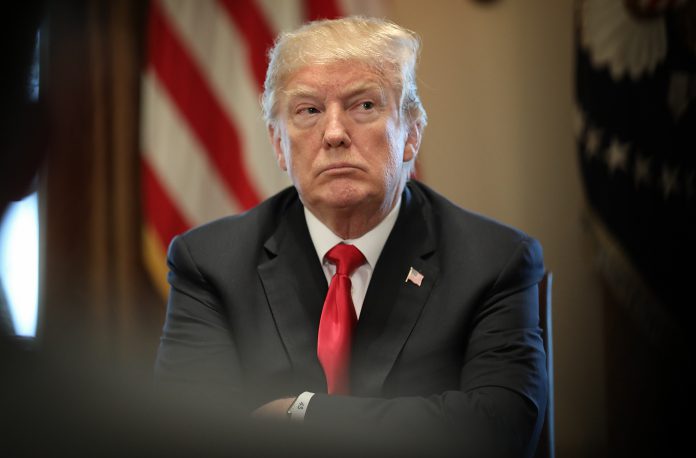 On Thursday, US President Donald Trump threatened deploy the military and shut down the southern US-Mexico border if Mexico does not stop a caravan of Central America migrants who are heading north. The closing of borders can establish major disruptions in trade.

The US-Mexican border, which stretches almost 2,000 miles (3,200 km), is considered as one of the busiest borders in the world due to thousands of individuals and families crossing it on a daily basis. Moreover, there is much of the half a trillion dollars of annual trade which takes place between Mexico and the United States.

I am watching the Democrat Party led (because they want Open Borders and existing weak laws) assault on our country by Guatemala, Honduras and El Salvador, whose leaders are doing little to stop this large flow of people, INCLUDING MANY CRIMINALS, from entering Mexico to U.S…..

He continued his statement and threatened to close the southern border.

….In addition to stopping all payments to these countries, which seem to have almost no control over their population, I must, in the strongest of terms, ask Mexico to stop this onslaught – and if unable to do so I will call up the U.S. Military and CLOSE OUR SOUTHERN BORDER!..

According to sources, thousands of Honduran migrants are moving out of Mexico this week through Guatemala, and some were trying to cross the border on Thursday. Some want to cross the border to enter the US in hopes of escaping violence and poverty.

In response to Trump’s statement, Mexican President-elect Andres Manuel Lopez Obrador said that designated foreign minister, Marcelo Ebrard would speak with US Secretary of State Mike Pompeo on Friday to think up of a solution to the caravan issue.

“An agreement can be reached. We’re going to take care of our relationship with the United States government. It’s very important to have a relationship of friendship,” said Lopez Obrador.

Later, Trump thanked the Mexican president-elect on Thursday night and said, “I want to thank the Mexican government because they are stopping it hopefully before it ever gets to Mexico.”