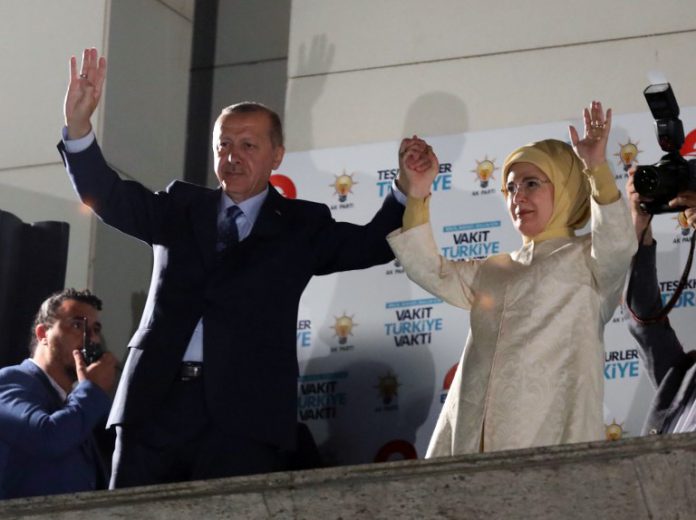 Istanbul: Turkish leader, Recep Tayyip Erdogan won the Turkey Election 2018 and re-elected as a President for the next tenure.

Yesterday, Recep Tayyip Erdogan declared victory in the Turkey Election 2018. However, he extended his 15 years rule against the revitalized opposition.

Turkish voters first time casted votes for both Parliament and President in the polls. The significance of election is much high as the newly elected President will be the first to have enhanced control. However, in April 2017, enhanced control under the new constitution was agreed in a referendum. Erdogan strongly supported that referendum.

According to sources, Recep Tayyip Erdogan defeated Muharrem Ince with over half of the votes without requiring a second round. Erdogan said that unofficial results of Turkey Election 2018 revealed that people trusted him for the responsibilities of the presidency. He further added that alliance led by Justice and Development Party (AKP) got the majority in parliament. According to initial results, Tayyip Erdogan got 53% votes while Muharrem Ince from Republican People´s Party (CHP) got 31% votes.