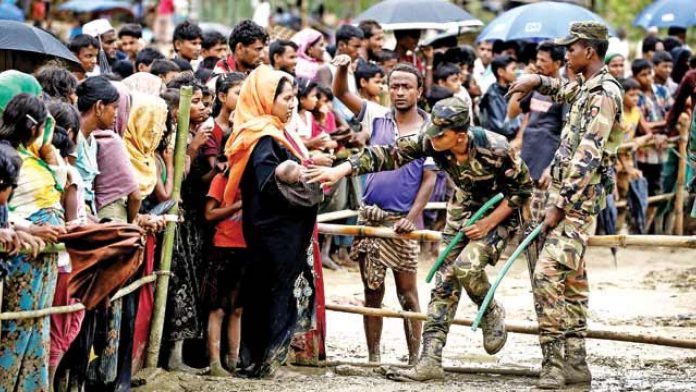 UN investigators revealed that the Myanmar Army should not be involve in the politics.

The UN Probe recommended that the Myanmar Army should be removed from politics. However, UN investigators revealed in the final version of report calls for key generals to be prosecuted for the Rohingya Muslim minority genocide.

Last year, the military crackdown forced over 700,000 Rohingya to migrate towards Bangladesh. In addition, demands have arised for those who waged the justice campaign.

UN probe of 444 pages has a great significance as it asked the overhauling of top leadership of Myanmar Army. In addition, it also asked that no further influence should be made by Army in the country’s governance.

Myanmar Army commands the country with Buddhist majority, holding a fourth of seats in parliament and controlling three services, making their grasp on control firm in spite of political changes which started in 2011.

Be that as it may, the report said the nation’s regular citizen administration “should additionally seek after the expulsion of the Tatmadaw from Myanmar’s political life”, alluding to the country’s military.