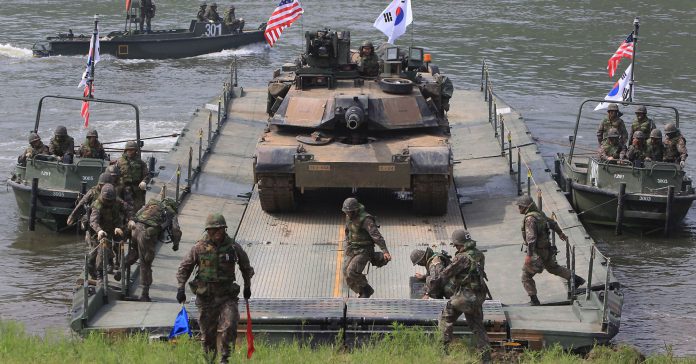 Pentagon revealed that the United States and South Korea suspended some key training exercises. However, it is due to the aftermath of the summit held between North Korean leader Kim Jong Un and the US President Donald Trump.

Dana White, the Pentagon spokeswoman, said that to support the implementation of results of Singapore Summit, and in coordination with Korea, Mattis has suspended some exercises. She further added that it also included the suspension of Freedom Guardian along with 2 Korean Marine Exchange Programs. Earlier, they scheduled in the next three months