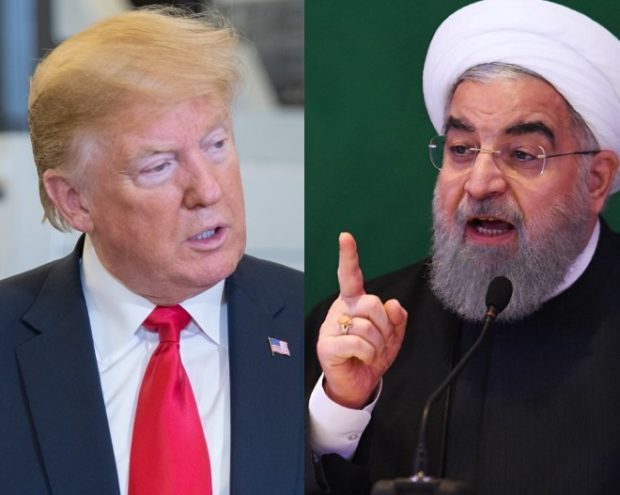 WASHINGTON: The United States re-imposed a wave of tough, unilateral sanctions against Iran on Tuesday (Aug 7), bringing back into effect harsh penalties that had been lifted under a historic, multi-party nuclear agreement that US President Donald Trump abandoned in May.

The first of two rounds of US sanctions kicked in at 12.01am (0431 GMT, 12.31pm Singapore time), targeting Iran’s access to US banknotes and key industries, including cars and carpets.

Iranians are already seeing the effects of the sanctions, with Iran’s rial currency losing around half its value since Trump announced the US would withdraw from the 2015 nuclear accord.

Trump’s contempt for the nuclear deal dates back to his time as a presidential candidate and on May 8, he made good on a pledge to pull America out of the international agreement.

He blasted the agreement yet again on Monday, calling it a “horrible, one-sided deal (that) failed to achieve the fundamental objective of blocking all paths to an Iranian nuclear bomb.”

In a tweet on Tuesday, Trump called the new sanctions “the most biting sanctions ever imposed” and warned of a US trade boycott on anyone who does business with Iran.

The unilateral withdrawal came despite other parties to the agreement – Britain, China, France, Germany, Russia and the EU – pleading with Trump not to abandon the pact aimed at blocking Iran from acquiring a nuclear weapon and highlights the US leader’s go-it-alone style and his distaste for multilateral agreements.

In an executive order on Monday, Trump said the sanctions seek to pile financial pressure on Teheran to force a “comprehensive and lasting solution” to Iranian threats, including its development of missiles and regional “malign” activities.

“We are determined to protect European economic operators engaged in legitimate business with Iran,” she said in a statement.

Many large European firms are leaving Iran for fear of US penalties, and Trump warned of “severe consequences” against firms and individuals that continued to do business with Iran.

The impact of the return of sanctions has ramped up tensions inside Iran, which has seen days of protests and strikes in multiple towns and cities over water shortages, high prices and wider anger at the political system. Severe reporting restrictions have made it impossible to verify the swirl of claims coming through social media.

Trump said he was open to reaching a more comprehensive deal with Iran “that addresses the full range of the regime’s malign activities, including its ballistic missile program and its support for terrorism.”