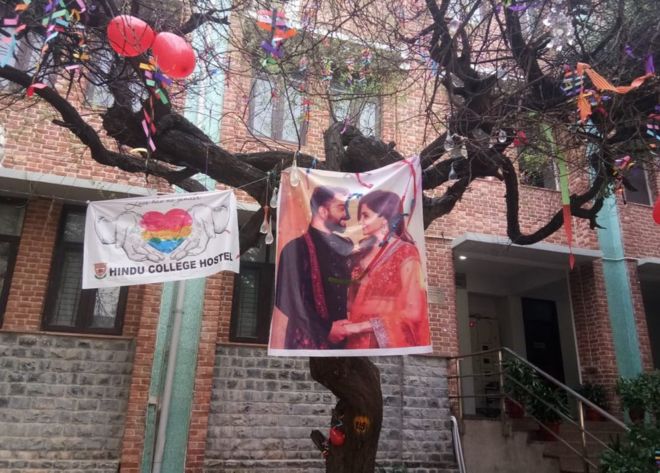 A controversial Valentine day ritual at Virgin Tree is causing protests all across India.

Virgin Tree Puja is the valentine day ritual performed at Hindu College, New Delhi. However, protesters called it the misogynistic and patriarchal practice.

A male student dressed as a Hindu priest leads the Puja while the rest sing hymns in praise of the “hot and sexy goddess”. There is also a legend surrounding the tree which involves the loss of one’s virginity within six months of worshipping the tree.

Male students describe it as the harmless fun whereas according to female students it objectifies women.

“The male students pick an actress who is attractive enough to be labelled Damdami Mai and the Puja reeks of Brahminical ritual practices of caste pride,” A 20-year-old female undergrad student said who’s at the forefront of the campaign to ban the ritual

She further added the event is held in a “hyper-masculine, aggressive environment” and in past years, women’s participation was “not even 5%”. She’s right – a look at the videos of the day from past years shows only a handful of women in the crowd of male students.