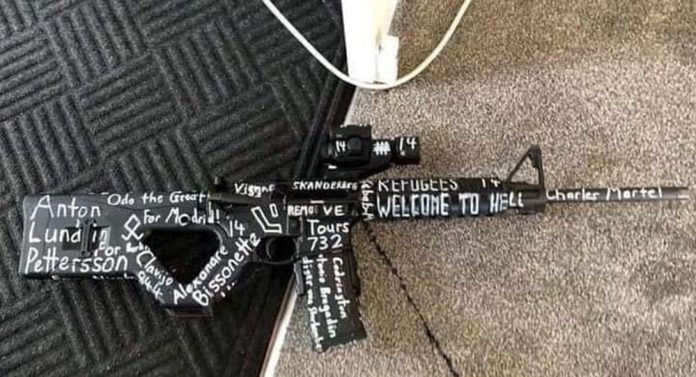 The New Zealand mosque attacks just shocked the entire world. However, here is information about all names and slogans written on the gun used in New Zealand shooting yesterday.

Gun used in New Zealand shooting had some names that have a significant background. The name of Anton Lundin Pettersson, who was a young, extremist student in Sweden was mentioned. However, he killed two migrant children in 2015.

Alexandre Bissonnette’s name was also mentioned, who attacked a Canadian mosque in 2017 and murdered six Muslims. Albanian military Commander Skanderbeg’s name was also written on the gun. He led a rebellion against the Ottoman Empire in the 15th century.

Another thing mentioned on the gun was 1683, which refers to the Battle of Vienna. In this battle, the strategic city of Vienna was besieged by the Ottoman forces.

The other names included that of Antonio Bragadin and Charles Martel. Bragadin was a Venetian officer who violated an agreement, killing Turkish captives. Whereas, Martel was a Frank military leader who had defeated Spanish Muslims in the Battle of Tours. 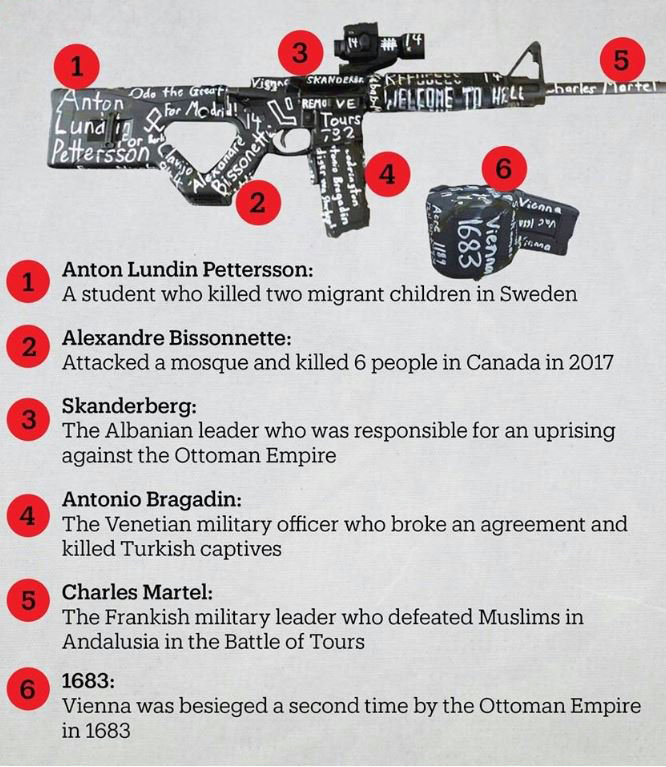